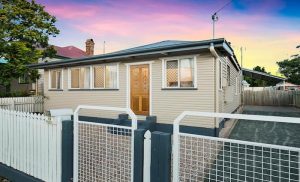 A leading economic forecaster is warning that Australia’s housing shortage could evaporate by 2018, putting downward pressure on property prices.

Many analysts argue a persistent housing shortage over the past decade is responsible for stubbornly high Australian home prices, which are much more expensive that most other developed nations.

However, economic and property forecaster BIS Shrapnel is predicting the current residential development boom will erase that deficit nationally by 2018.

Recent Bureau of Statistics figures revealed that building got underway on more than 200,000 new dwellings in the year to March.

BIS Shrapnel predicts that boom is about to peak, but not before enough new dwellings are added to house a population that is now growing slower than before.

“The record-breaking home building boom that we’ve been seeing, we see it peaking in 2015 and some key markets are set to move into oversupply,” said BIS Shrapnel associate director Kim Hawtrey.

Dr Hawtrey said the outlook for builders and construction workers is not uniform across the country.

Generally we’ll see dwelling prices in Australia slowing down over the next 12 months … and probably going sideways for a year or two after that.

“You wouldn’t want to be in Melbourne or Perth or Adelaide because all of those are going to see declines in building activity over the next three years,” he forecast.

“On the other hand, New South Wales is still going to grow and Queensland, Brisbane, is going to do pretty well too.”

The problem for Western Australia and the Northern Territory is set to be a lack of demand, with population growth stalling as the mining boom winds down.

Dr Hawtrey said Australian had been seeing among the highest population growth rates of any developed country, around 2 per cent, for several years.

However, that growth rate has dropped closer to 1.5 per cent and may continue slowing, particularly as jobs in the resources sector dry up.

“The brunt of that will be felt by Western Australia and the Northern Territory, and to some degree Queensland, and that’s where you’ll see the really sharpest slowdown in building there in Perth,” Dr Hawtrey warned.

For Melbourne, Kim Hawtrey said the biggest problem is an existing oversupply of dwellings, particularly inner-city apartments, even while developers keep building more.

He believes that will have negative implications for Melbourne home prices, with have been recently recording 10 per cent-plus annual gains.

“Because we have the oversupply there we expect there will be some easing in prices in Melbourne, but we’re seeing it only as a correction, not a crash,” he said.

Dr Hawtrey said a correction would mean price falls of a couple of per cent, not double-digit declines.

That is a home price outlook that he is expecting to be common to much of the country.

Sydney is the exception. BIS Shrapnel is forecasting that it will take more than five years to clear what it estimates is a 50,000-strong shortage of homes there.

“Generally we’ll see dwelling prices in Australia slowing down over the next 12 months and then plateauing and probably going sideways for a year or two after that,” Dr Hawtrey predicted.

“Sydney might be the one exception that’s where the undersupply exists, the New South Wales economy is on the up and so we’ll probably still see some better prices performances in Sydney.”