The WA top 10 suburbs Generation Y are buying up in. 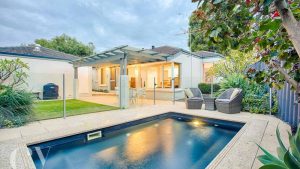 GENERATION Y is ignoring Perth’s urban sprawl suburbs and instead flocking to established middle-ring suburbs in the search for a better lifestyle.

All but one of the top 10 suburbs which have recorded the biggest increases in the number of 25-to-34-year-old homebuyers and renters were 10-20km from the CBD.

Caversham, 15km east of the CBD, could be WA’s next cool postcode after it recorded a 52 per cent increase in the proportion of Gen-Y residents between 2011 and 2016, Census figures compiled by REA Group show.

The trend had emerged despite State Government incentives which encourage new-builds on Perth’s fringe.

Real Estate Institute of WA president Hayden Groves said the trend was an encouraging sign that told policymakers where Gen-Y wanted to live.

Mr Groves said younger buyers want to live in affordable homes closer to the city, near infrastructure such as schools and shops.

“The lifestyle locations stood out,” she said. “It’s an interesting mix of suburbs, with some areas being established in lower-cost first-homebuyer areas, while others like Ardross and City Beach are quite expensive.”

Ms Conisbee said young buyers had the energy to renovate older homes or build new homes and reinvigorate an area, encouraging cafes, retail and schools to open. “Having young people changes the area,” she said.