Better Choice > News & Updates > Economic News > The Federal Budget 2018 – Will it effect you? 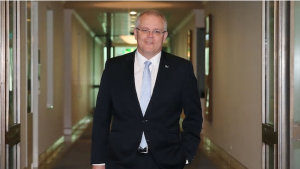 FEDERAL Treasurer Scott Morrison has handed down his third Budget. Here’s an overview of all the top points. 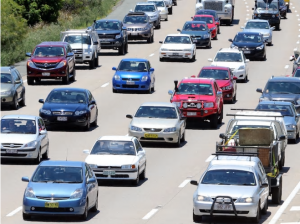 Road congestion is being tackled through a variety of Budget initiatives.Picture: News Corp Australia, Richard Gosling

—$24.5 billion in funding for major transport projects and initiatives as part of a $75 billion rolling infrastructure plan over the next decade.
—Up to $5 billion for Melbourne Airport-CBD rail link.
—$3.5 billion Roads of Strategic Importance initiative, including $1.5 billion for Northern Australia package, $400 million for Tasmanian Roads, $100 million for NSW and ACT Barton Highway Corridor and $1.5 billion for future national priorities.
—$3.3 billion upgrade for Qld’s Bruce Highway
—$1.4 billion for future priorities on the Adelaide North-South Road Corridor.
—$1 billion Urban Congestion Fund to support State level projects and improve traffic flow and safety.
MORE: Federal Budget 2018: All the winners … and losers 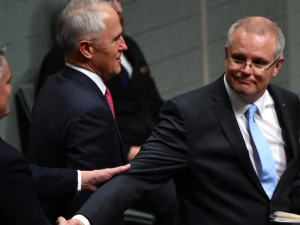 Treasurer Scott Morrison waits to deliver the 2018 Budget in the House of Representatives.Picture: AAP

—Major crackdown expected to deliver revenue of $5.3 billion over the next four years.
—This will involve taxable reporting, stings on illegal tobacco and policing by the ATO.
—Tax avoidance and money laundering targeted with a limit on cash payments of up to $10,000 made to businesses for goods and services from July 1 next year.
—New black economy hotline for dobbing in anyone making under-the-table transactions.
—Businesses no longer allowed to claim deductions for payments to employees such as wages where they have not held back any amount of PAYG.

—More than $50 million worth of upgrades to airport security.
—The “frontline” border security measures will be funded by $256 million of cuts to bureaucracy made through the creation of the Home Affairs super ministry. 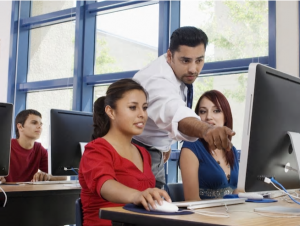 Education groups are not happy with the Budget.Picture: ThinkStock, Supplied

—$247 million over four years from 2018-19 in new funding for school chaplains, with a focus on anti-bullying
—$440 million to fund universal access to preschool/kindy for another year
—$53.9 million over four years from 2018-19 to improve regional students’ access to Youth Allowance by changing the threshold and assessment year for parental income.
—The new Parental Income Test threshold will be increased to $160,000, with a further $10,000 increase for each additional child.

—$1.9 billion for the National Collaborative Research Infrastructure Strategy, featuring funding to projects including upgrading two super computers based in Perth and Canberra.
—$29.9 million for artificial intelligence and machine-learning technology research and the development of a standards framework, road map, and an “AI Ethics Framework” to “support the responsible development of these technologies”.
—$26 million over the next four years for a National Space Agency.
—$224.9 million for a bold project to enhance Australia’s satellite-based, positional, navigation, and timing (PNT) capability, that would let GPS users pinpoint a location to within mere centimetres. 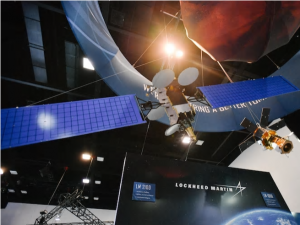 The space race is in our sights with funds going to a Space Agency.Picture: AAP

—ATO to be empowered to use its sophisticated data matching technology to proactively reunite people with their lost super funds.
—This is expected to gift back $6 billion to three million super fund members by 2020.
—Exit fees for those switching super funds to be banned, and administration and investment fees capped at 3 per cent for accounts with less than $6000.

— Firms with turnover of up to $50m to continue to receive incremental tax cuts over the next decade from 30 per cent to 25 per cent.
—Extension of $20,000 instant asset write-off for businesses with a turnover of up to $10 million.
—GST reporting streamlined by reducing the number of BAS GST questions to three, with time and money saved set to benefit each small business an average $590 a year.
—$20 million to be invested in SME export hubs to help businesses sell products overseas.

—Pushing Australians onto generic versions of their medicines to save $335 million.
—Over $700 million in funding for a life saving extending breast cancer medicine Kisquali bringing the cost down from $71,820 a year to just $39.40.
—More than $240 million will be spent on clinical trials for treatments for rare cancers, rare diseases and diseases with unmet needs. 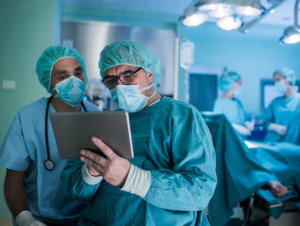 Genetic testing is getting a massive funding boost in the 2018 Budget.Picture: istock

—$154.3 million pledged over five years to get Australians, particularly kids, more physically active and combat obesity.
—$4 million to Football Federation Australia (FFA) to assist in preparing a bid for the 2023 FIFA Women’s World Cup.
—$10.1 million in 2018-19 for improved anti-doping and testing.

—Restart Wage Subsidy of up to $10,000 paid to employers of older Australians wanting to stay in the workforce.
—Almost $190 million will be spent on jobs and skills measures for mature workers.
—$1.6 billion to go to providing an extra 14,000 high-level home care packages for seniors who want to remain in their homes.
—Pensioners who work part-time to earn an extra $25 a week — or $1300 a year — from employment without affecting their pension payments.
—Pension Loans Scheme expanded to cover all people over pension age — including self-funded retirees. 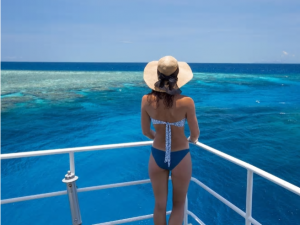 —More than $50 million set aside to prosecute Russia for its involvement in the downing of Malaysian Airlines flight MH17 over Ukraine in 2014 that killed 298 people including 38 Australian citizens. 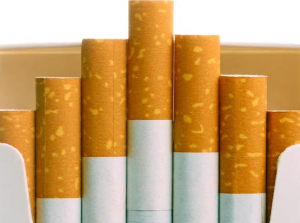 Cigarettes – the illegal ones, are being targeted.Picture: ThinkStock, Supplied

—Crackdown on the smuggling, leakage from licensed warehouses and domestic production of illegal tobacco, through the Illicit Tobacco Task Force.
—Increased resources will be used alongside the Australian Border Force Tobacco Strike Team, allowing increased powers for targeting, disrupting and prosecuting serious and organised crime gangs involved in transacting illicit tobacco.
—Government will increase the alcohol excise refund scheme cap to $100,000 per financial year, from a previous cap of $30,000.

—$37.6 million allocated over five years to help improve affordability, reliability and sustainability in the energy sector.
—Australian Energy Market Commission to crackdown on misleading discounting practices by electricity retailers that confused consumers.
—The Commonwealth will take over full ownership of the Snowy Hydro, providing an additional 2000 megawatts of extra electricity and enough power for 500,000 homes per week..
—Government to continue their emissions reduction target at 26-28 per cent. 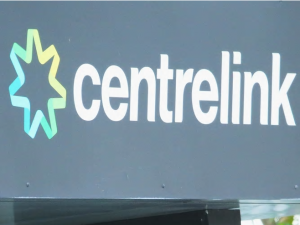 —A commitment to establish the $1 billion National Housing Finance and Investment Corporation and release more land suitable for housing.
— $1.6 billio n to support state affordable housing services, down roughly $295 million from last year’s Budget.
—No changes to capital gains charges or negative gearing.
WELFARE CHEATS
—Crackdown on welfare cheats to save close to $300 million over three years.
—From July 1 2019, the Department of Human Services will focus debt recovery on ex-welfare recipients with high value debts in excess of $10,000.
—$154 million saved in cash over the three years from 2019-20 on debt recovery.
—A further $124 million in cash will be saved via income matching from July 1, 2021. 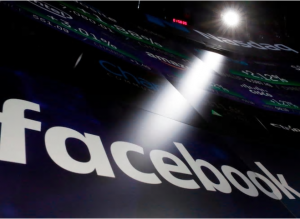