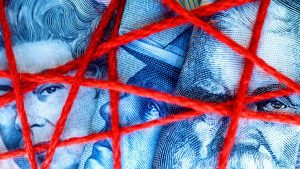 A rising number of self-employed people are failing to contribute to their own superannuation creating weaker coverage in Australia’s $2 trillion retirement income system, which has seen its score slip from last year’s world rankings.

The Melbourne Mercer Global Pension Index, released on Monday, shows Australia maintained third place, behind Denmark and The Netherlands with one of the most sustainable and best retirement income systems in the world.

But Australia’s score fell from 77.9 to 77.1 in the past year, down from a 2014 peak of 79.9, due to Australia’s falling household savings rate and relatively slower economic growth as an advanced economy, authors said.

The index, in its ninth year, tracks 30 countries’ retirement savings systems, covering about 60 per cent of the world’s population.

The lead author, Mercer senior actuary David Knox, said Australia’s system was strong but there was room for improvement to ensure more Australians had superannuation which was under threat from a rising wave of gig workers, who charged organisations as independent contractors or temporary employees.

We would certainly advise that these Australians should be increasing their contributions.Mercer senior actuary David Knox

Estimates are that 1 per cent of Australia’s workforce is part of the gig economy and falls outside the super guarantee established in 1992.

Australian law compels employers to pay 9.5 per cent of their employees’ ordinary earnings above $450 a month into a super fund, with this scheduled to reach 12 per cent by 2025.

“About 68 per cent of Australians of working age have some super but there are others like the self-employed or gig workers who aren’t covered and don’t need to be covered,” Dr Knox said.

He suggested the self-employed should be compelled or incentivised by government to contribute to their super once annual income climbed above $50,000.

While voluntarily contributing to their own super might be difficult, the goal would be to eventually have them match the savings rate set by the wider labour force, he said.

“These people put in tax returns; if they contributed to their super during the year it would be in their tax return. If they earn more than $50,000 annually then you might start to say ‘you’ve got to be putting away an appropriate amount’.

“Traditionally government has been reluctant to impose (a super guarantee) on the self-employed because they want to put money back into their business but you’re not going to sell the local plumbing business for much. We would certainly advise that these Australians should be increasing their contributions,” Dr Knox said.

Last month, the Association of Super Funds of Australia (ASFA) said self-employed workers had about half the superannuation balance of their company employee peers.

Some had taken advantage of tax concessions to make their own contributions but coverage remained low.

About 25 per cent of these workers, particularly those in the gig economy, had no superannuation and many did not own a business with any material goodwill or value, other than their labour, ASFA said.

Contractor Katrina McLachlan said her five-year media business, Stories Well Told, had not paid her or partner Brenton Edwards’ super in that time, but had covered premiums for income protection and life insurance.

“When the invoice comes in we put away money for BAS but we’ve never factored superannuation into our quote,” Ms McLachlan said.

While she had contributed to her own super as an academic, she said the balance was lower than many at the same age because she had taken time out to have children.

“As I move towards turning 50 and getting older, super is something looming as a big concern which we’d like to address. It does keep us awake at night,” she said.