One third of mortgages have little or no buffer 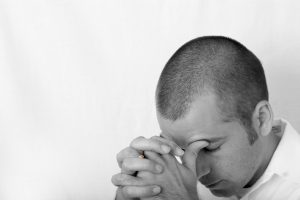 ONE in three home loan customers are leaving themselves with little to no buffer on their repayments despite interest rates resting at historical lows.

The Reserve Bank of Australia has today released its biannual Financial Stability Review and has revealed one third of mortgages have less than one months’ buffer.

Despite this many other borrowers have significantly piles of cash either overpaid on their loans or sitting in a redraw account.

The review has found aggregate mortgage buffers are at about 17 per cent of outstanding loan balances or more than 2.5 years ahead of scheduled repayments at existing interest rates.

The cash rate has sat at 1.5 per cent since August last year and industry experts say a rate move is not likely until next year.

Many variable rate loan deals are at record-low levels and below four per cent.

The review has also shown moves by regulators to tighten standards for housing loans are working and have helped ease Australia’s overheated property market.

The central bank has maintained its view that key risks to the country’s financial system stem from high levels of household borrowing but said it has seen growth in riskier types of lending ease.

Investor lending has slowed significantly across all states as a result of steps by the Australian Prudential Regulation Authority (APRA) to restrict growth in loan.

APRA in March told lenders to limit higher risk interest-only loans, which set off a fresh round of rate increases by the major banks.

“In Sydney and Melbourne, housing price growth has slowed and auction clearance rates have fallen,” the RBA said.

“A range of factors have contributed to the slowing, including increased housing supply, higher interest rates for some borrowers and an apparent reduction in demand from foreign buyers.”

Most indicators of household financial stress remain benign, it said, although there would be concern if households experience large declines in income.

The central bank again highlighted weak conditions in Brisbane’s apartment market, where an increase in supply has resulted in falling prices and no growth in rents.

However, there are few signs that buyers are having difficulty completing settlements on purchased properties so far, it said.

The Reserve Bank also noted some concerns about the non-residential commercial property segment, saying activity has been subdued in many markets other than Sydney and vacancies are high, especially in Perth.

It also points out that the tightening of lending standards by major banks could lead to riskier lending migrating to the non-bank sector.

Overall, Australia’s financial system remains in a strong position and its resilience to shocks has increased over recent years, the central bank said.